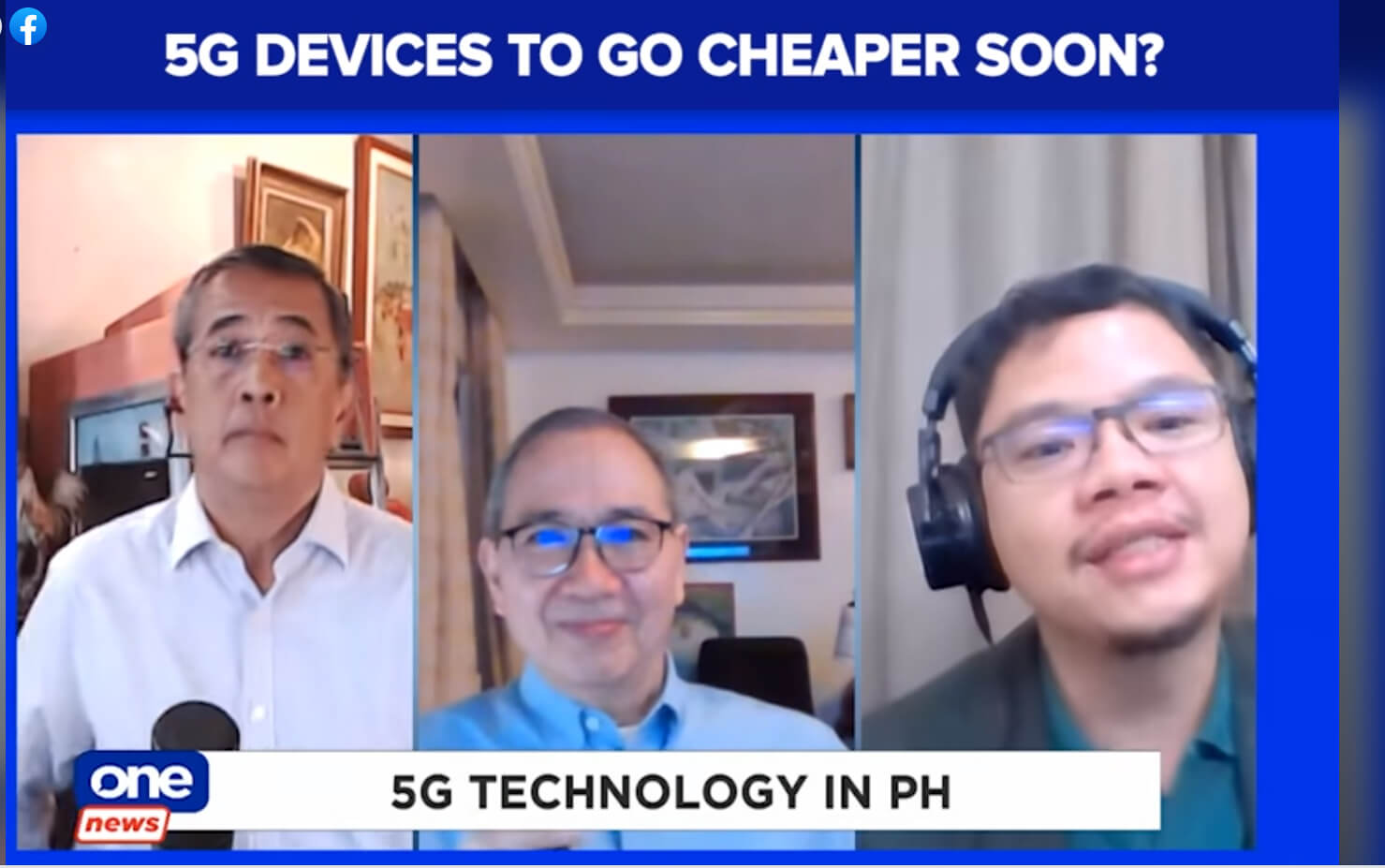 The commercial launch of 5G in the Philippines will bring not only super-fast internet for mobile phone users but will also introduce a new generation of digital services for both individual consumers and enterprise customers, according to officials of PLDT wireless subsidiary Smart Communications.

“5G is a major milestone in the development of mobile phone services and digital technologies. It is a platform that enables new technologies such as artificial intelligence, internet of things, cloud computing and other digital services, that when combined, will not only enhance existing services, but also make possible a new generation of wireless services,” said Ramon R. Isberto, PLDT-Smart Public Affairs Head and First Vice President, in an interview with Cito Beltran’s Agenda on One News.

Initially, 5G’s fiber-like speeds will improve entertainment services such as video viewing and e-sports and e-games.

“Through your 5G-capable handsets, you can enjoy streaming of high-movement videos such coverage of sports events. You can now also enjoy e-sports and cloud-gaming and play your favorite PC games on mobile devices because of 5G,” said Lloyd Manaloto, Vice President for Corporate Marketing and Strategy at Smart.

Moving forward, 5G will make possible new services such as wireless sensors for the automation of factories, seaports and airports, for traffic management and e-health services. It can also power the remote control of devices and vehicles such as tractors and cranes.

These areas include the Makati Central Business District (CBD), Bonifacio Global City CBD, Araneta City, SM Megamall and Mall of Asia Bay Area. Smart 5G is also being rolled out in key high-traffic areas such North Avenue in Quezon City and Taft Avenue in Manila, as well as in Ortigas CBD, and Clark Green City in Pampanga

Isberto and Manaloto explained that customers need to shift to 5G handsets to enjoy the new mobile service.

“To fully enjoy the benefits of 5G, people will need 5G-capable devices. The good news is, we are seeing more and more affordable devices in the coming months so that more people can benefit from 5G,” Isberto said.

“With technology becoming more pervasive, it will just be a matter of time for handsets to become cheaper. 5G will also expand beyond mobile and enable devices and wearables,” Manaloto added.

The strategy to deploy 5G has been embedded in Smart’s network planning over the past five years. PLDT’s wireless subsidiary started conducting tests with 5G in 2016. In 2018, it fired up the country’s first 5G base stations in Makati with Huawei and the Clark Freeport Zone in Pampanga with Ericsson. Last year, Smart also launched the first Smart 5G Lifestyle hub and 5G-enabled shopping mall In Araneta City, as well as the first Smart 5G campus at the Ateneo de Manila University.

These developments complement the sustained network expansion efforts of PLDT and Smart. To date, PLDT and Smart have invested nearly P260 billion in overall capital expenditure (capex) over the past five years. In 2019 alone, the PLDT Group’s capex reached a record P72.9 billion. Moreover, 2020 capex is expected to reach P70 billion despite the slowdown in network rollout due to the quarantine controls imposed in the second quarter of this year.

This capex program enabled PLDT and Smart to build the digital infrastructure needed to support the deployment first of 4G/LTE and later 5G. This involved, first of all, the deployment of an extensive fiber network. The PLDT Group’s fiber network is the most pervasive in the country and extends to over nearly 360,000 kilometers as of June 2020. With this extensive fiber network, Smart has been able to fast-track the nationwide roll out of its 4G/LTE service. To date, Smart’s high-speed broadband service is available in over 93% of the country’s cities and municipalities and serves 95% of the population.

PLDT ramps up e-learning initiatives for the new normal

For 33-year-old Daisy Jane Diola of Cebu City, there could not be a better time to go back to school, betting against all odds in…

Collagen is the most abundant protein in our body, and while it is a key component of connective tissues, we usually hear most about its…