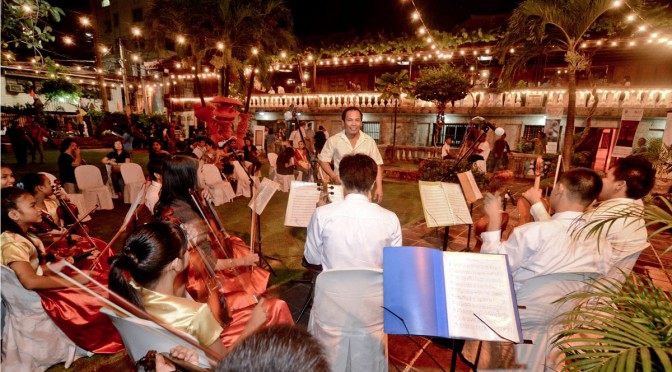 More than 2,500 participants attended the fifth annual Gabii sa Kabilin last May 27. This is a significant increase from the 1,800 participants last year, the Ramon Aboitiz Foundation Inc. said in a press statement.

ORCHESTRA. The Marigondon Public School Children’s Orchestra perform on the grounds of the Casa Gorordo Museum during the Gabii sa Kabilin last May 27. Click on image to view larger photograph. (PHOTO BY RAFI)

Gabii sa Kabilin seeks to promote local museums as venues for the understanding and appreciation of Cebuano history and culture. It also aims to abolish the stereotype of museums being merely vaults for “dead objects” and instead introduce them as venues for live cultural activities.

Tartanilla (horse-drawn carriage) trips are offered between the Cebu Metropolitan Cathedral, the ecclesiastical seat of the Archdiocese of Cebu , and the Fort San Pedro, the oldest fort in he Philippines, passing through Plaza Sugbo, where the famous Magellan’s Cross is located, and Plaza Independencia, which has statues of prominent figures of Philippine history. CLICK ON PHOTO TO ENLARGE. (PHOTO BY RAFI)

The only one of its kind in the Philippines and even Asia, the event is also organized every year to celebrate the National Heritage Month and International Museum Day in May.

AboitizLand and Shangri-La’s Mactan Resort and Spa partnered with RAFI for this event.

The Ungo Runners, a group of running enthusiasts who run at night, also joined the event for the second time.

That night, the activities and attractions ranged from the traditional to the contemporary. The Asian Troubadors performed at Cathedral Museum of Cebu; an arnis demonstration was performed at Fort San Pedro; a presentation on budbud kabog delicacy of Catmon was seen at the Museo Sugbo; Sandiego dancers showcased a Santacruzan cultural show in the Plaza Parian; Spanish dances by the Cebu City Children Performing Arts were shown at the Cebu City Museum; a concert by Izarzuri Vidal happened at the Casa Gorordo Museum; a Quiz Night took place at the Cathedral Museum of Cebu; fire dances were performed in Plaza Independencia; and performing arts presentation by Russ Ligtas was featured at the Sacred Heart Parish Alternative Gallery. (PR)

Bantayan Island, known for its crystal-clear waters and long stretch of powdery white sand, is considered one of the tropical attractions of the Philippines. It… 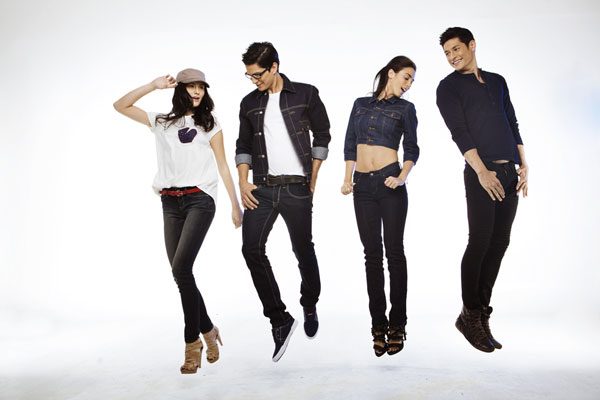 Levi’s brings to Cebu the most rocking summer dance party with two of the hottest DJ-supermodels in the world. The Levi’s Roadwear Party featuring DJNile…