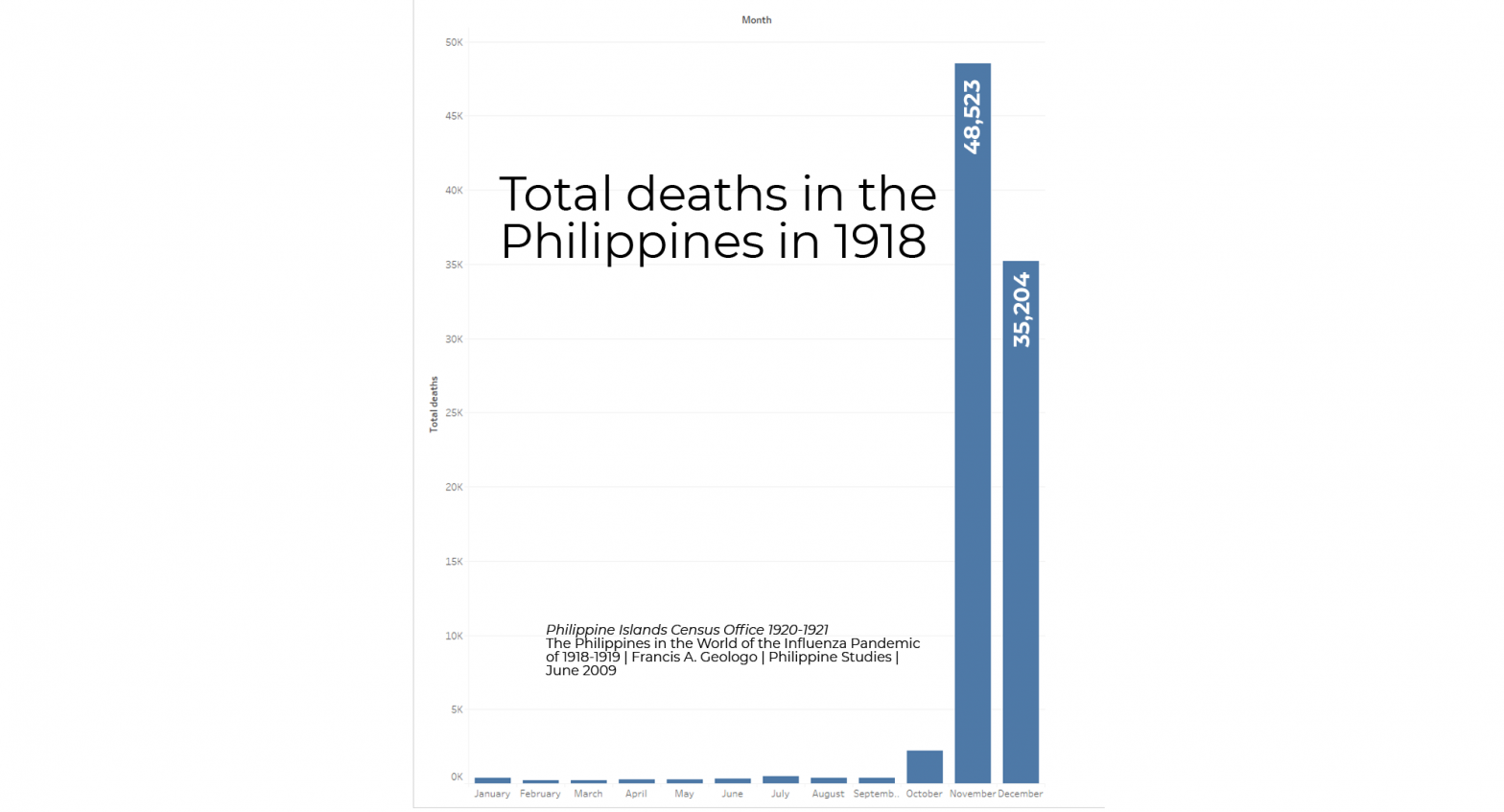 The second wave of the trancazo pandemic in 1918 will be less severe and only the very young and old are vulnerable, health officials said in a story on Manila Times published on October 27, 1918. They were gravely wrong.

“This official announcement is interesting not only for its dismissive tone and lack of seriousness, but also for the high level of misinformation made by health authorities in informing the public about the nature of the pandemic,” Ateneo de Manila history professor Francis A. Geologo wrote in his paper “The Philippines in the World of the Influenza Pandemic of 1918-1919.”

The second wave of the Spanish Flu global pandemic at the end of 1918 was more severe because of the mutation in the virus. It also killed more young people.

Cases had started to go down by June and people thought the contagion had run its course.

“Somewhere in Europe, a mutated strain of the Spanish flu virus had emerged that had the power to kill a perfectly healthy young man or woman within 24 hours of showing the first signs of infection,” Dave Roos writes in History.com.

This mutated and more lethal strain was spread by troop movements.

In the Philippines, the pandemic’s first wave started in the docks in Manila and spread throughout the city and nearby provinces. The more virulent second wave devastated Cebu, Iloilo, Pangasinan, Negros, and Camarines. These were areas “that were mostly open to global commerce,” Geologo said.

Health officials said the initial exposure of Manila and nearby areas to the milder form of the virus gave its residents some form of immunity from the more virulent second wave.

The lack of preparedness was exacerbated by weak containment and quarantine.

Another vector of the contagion, according to Geologo, was the mass mobilization of soldiers by the American colonial administration in preparation for the Philippines’ entry to World War I.

Recruits from all over the Philippines were gathered in Camp Claudio outside Manila, making the garrison “a virtual cesspool for the spread of influenza.”

The soldiers, however, were never deployed because the countries at war signed an armistice in November. That month, influenza cases soared. Camp Claudio and nearby areas were put on quarantine in a belated effort to contain the more virulent mutated strain.

The number of deaths in Cebu, according to Geologo, wasn’t as high as that of other provinces with ports but the province would continue to record high mortality in 1919. He also said that Cebu already recorded influenza deaths prior to the pandemic.

The picture, however, might be partially obscured because Geologo said data for Mindanao and Cordillera may have been under-reported. 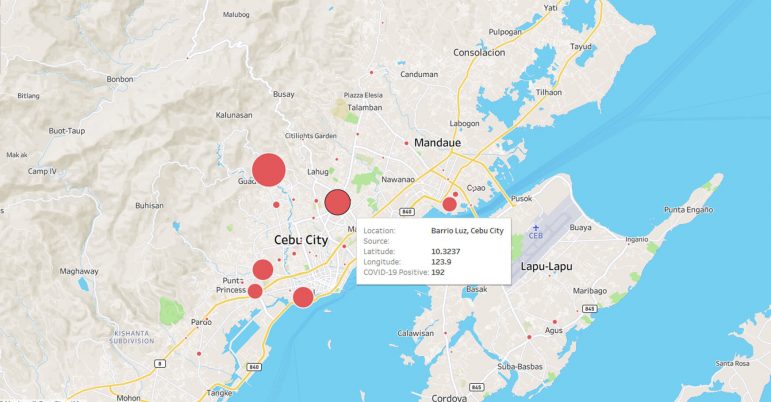 More cases of COVID-19 infection have been detected in areas throughout the country. Cebu City is among the areas with an increasing number of confirmed… 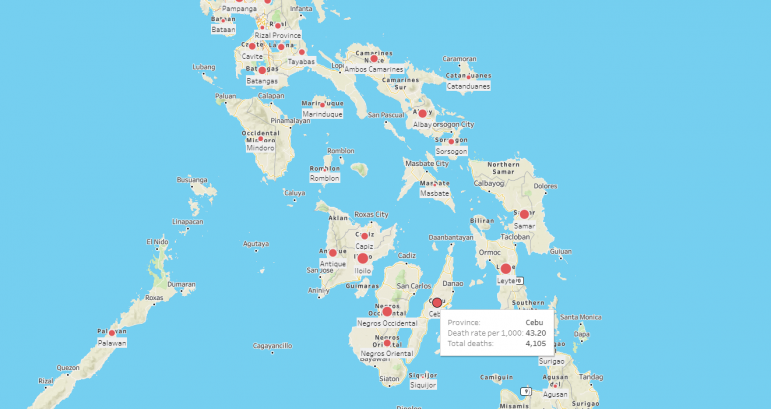 Spanish Flu pandemic deaths in the Philippines: an interactive map

The 1918-1919 influenza pandemic claimed more than 80,000 lives in the Philippines. As in other parts of the world, the contagion came in three waves,…